Financing of the Municipal Water System 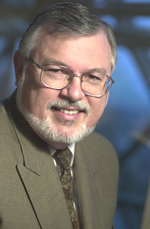 In the July issue of the Belcarra Barnacle a number of statements were made regarding options for borrowing from the Municipal Finance Authority (MFA) and the amount of funds that need to be borrowed. I believe that it is important that the community be provided all of the relevant facts and background information regarding these aspects of financing the new municipal water system which is owned by all property owners within the specified area.

Regarding the suggested need for expert financial advice, the municipality has been utilizing the services of Nancy Gomerich of NG Consulting. Nancy is a Chartered Accountant, has a Bachelor of Business Administration (BBA), and also has 17 years of senior financial experience with local governments, including five years with the city of Port Coquitlam. Nancy has played a key role in working with Council and staff, augmenting the expertise of Belcarra’s senior staff, on all aspects of municipal budgeting and financial planning. Nancy has considerably more expertise and experience than a regular “accountant”. She has participated in several of Belcarra’s public meetings, so a number of residents will be familiar with her.

The MFA stipulates the set conditions for long-term borrowing, and the conditions are not negotiable. The MFA permits a 5-year term to finance loans having a total 5-year amortization period. This was reported and discussed at the June 18th Council meeting. The possibility for a 5-year term to pay-off the total debt would have resulted in an estimated annual parcel tax of $3,721 based on the MFA’s September 2011 debenture interest rate of 4.13%. Council does not consider a five-year term a sustainable, realistic option for repayment of the project debt.

Council approved the 25-year amortization period for the long-term borrowing on December 8th, 2008, affirming its decision again on October 24th, 2011. MFA stipulates the initial borrowing be for a 10-year term, after which the unpaid balance is refinanced. Refinancing is always 5-year terms based on current market interest rates at the time of refinancing. MFA permits repayment of the loan early, only at the time of refinancing; that is, after the first 10-year term then each 5-year period thereafter.

After careful consideration all five members of Council agreed it was most appropriate that our Village secure current record low interest rates through the September 2012 MFA bond issue for long-term financing of the water project. To do otherwise would have meant speculating as to future interest rates. Again, all five members of Council felt it prudent not to speculate. Council members understand speculating on future interest rates can be a very successful strategy for individuals and private entities, but all felt that for municipal debt a more cautious approach is needed. The MFA timeline for participating in the September 2012 MFA bond issue required Belcarra to submit its request for MFA funding to Metro Vancouver (MV) in June for approval by the MV Board in July. (There are no August MV Board meetings.)

The actual annual parcel tax, which will become effective in 2013, will be determined once the rate is fixed at the September 2012 borrowing. The estimated annual parcel tax of $1184 presented in the April 24th, 2012, letter to property owners is consistent with the information Council and the public received in October 2011, and was based on a 25-year loan amortization period and MFA’s September 2011 debenture issue which had an interest rate of 4.13%. Notably, the spring 2012 MFA debenture issue had an interest rate of 3.36%. Again, following a prudent and cautious approach, Council used the higher interest rate in estimating the annual parcel tax.

Amount To Be Borrowed

Municipalities do not have a “credit limit” per se; therefore it is not possible for Belcarra to be “$800,000 over our credit limit”. Municipalities have liability servicing limits, established and calculated in accordance with the Community Charter. From the time that application was made in 2006 for a Canada–British Columbia Municipal Rural Infrastructure Fund (MRIF) grant, Belcarra staff has worked closely with the Ministry of Community, Sport and Cultural Development (often referred to as ‘Municipal Affairs’) to ensure that all aspects of the water project were approved and authorized before undertaking works. This included consultation with MFA for interim and long-term borrowing applications, bylaws and approvals based on the estimated project cost.

Council is doing its ‘due diligence’. Council has retained a consultant with specific expertise in public land matters, such as disposal of road allowance, to identify legal implications and processes for Council to consider, including the Community Charter (section 41) restrictions in relation to highway disposition, closure or alteration. Under the legislation, the definition of ‘highway’ includes road-ends. Council believes that a public consultation process is essential before decisions are made regarding the potential sale of parcels created from road-ends. Council is targeting September for the public consultation process to begin, and plans to concurrently establish a timeline for that process. The outcome of the consultant’s findings and the public consultation process will help determine subsequent steps such as the initiation of requisite bylaws, and the legal processes to survey and create the subdivision of parcels from road-ends. The process for selling any such parcels also must be decided by Council.

Selling road-ends is a possibility rather than a foregone conclusion. Speculating on the revenue that may be realized is premature, and the disposition of such funds from the potential sale of parcels created from road-ends is complex in that municipal assets belong to all owners of property in the municipality, and not just to owners of property located in the water local service area. Accordingly, the proceeds from selling any municipal property would be placed into a municipal capital reserve fund, which together with earned interest, can be used for purposes that benefit all property owners. A portion could be used to offset water system costs or pay down the Village’s debt at the end of the 10-year loan term. Prior to pay-down of debt, capital funds realized from the sale of parcels created from road-ends would off-set the debt on the municipal balance sheet and, by earning interest, offset a portion of the interest of the MFA borrowing.

There is a significant challenge to determine fair apportionment of funds from the potential sale of parcels created from road-ends, given that the water system capital cost is being recovered by a parcel tax as opposed to a property assessment or frontage tax basis. There are also other matters to consider such as property ownership, property consolidation, property subdivision, property sales and subsequent ownership changes following commutation relative to who should or would be entitled to a rebate and the basis for calculating any rebate. Nonetheless, I am confident that the Council of the day will find an equitable mechanism should the time come for this to be done.

Regarding the suggestion that “officials of the Village are starting a reserve fund to enlarge the Village Hall”, that statement requires clarification. The 2011 Financial Statements identifies under statutory reserves ‘Buildings Capital’. Funds contributed to and utilized from this reserve are used for maintenance, improvements and management of the municipal-owned buildings, namely the Municipal Hall and Public Works buildings, to ensure that municipally-owned infrastructure can reach its intended life-span. Good financial planning means setting-up maintenance accounts (‘reserves’) for necessities like replacing the 27-year-old roof on the Village Hall ($13,252 in 2012) and replacing the Village Hall’s natural gas furnace and fireplace with high efficient models ($18,584 in 2010). Other capital expenditures that are pending include construction of proper disabled access to the Village Hall, installing a heating system in the public works shop, and repaving the Village Hall driveway and parking area. When the time comes to do a ‘needs analysis’ for the municipal hall, or to begin planning for needed capital works, Council will undertake such discussions in open Council meetings as is always done. Belcarra has a long history of public discussion of such initiatives, and I have no doubt that tradition will continue.